We all understand that trucking is the heartbeat of any location in the world, due to the simplest of facts!  The simple fact that; no matter where a product or supply of needs/goods/equipment/food, ect. are needed; it all begins and ends with trucking in even the most simplest of forms.  Now, with that being said, trucking is vast, the different types of trucking are pretty neutral anywhere and can be found in these common forms:

This is a pretty generalized list; however it covers every type of trucking you can find even if they are not specifically listed.  When you look at the FMCSA paperwork, for operating authorities, you will notice way more types that they may categorize the different operations within.  All these types can be checked on paperwork, utilized, authorized, and profited by carriers.  However, most usually like to stay within the “normal” parameters of their typical working freight zone in which they are accustomed.  One operation can be multiple types.  Don’t let that rattle your “noggin’ as we call it in the South.”  Private carriers are not listed because they are privately used by an owner; even left off a few others, but hey you get the idea.

Before I forget; there is one that I did not mention that I wanted to list below; these guys should be recognized as a type of operation found.  There is a difference but I will tell you in a second………….These guys were saved for last; and if I did not list them, my brother would be upset–“Shout out Little Brother, just for you, if you actually read this!” 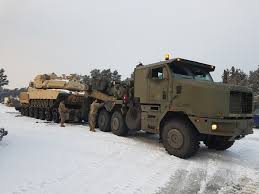 Military-  These guys are the transportation and supply lines of the militaries around the world.  The difference is that these guys, will allow outside Public Carriers to transport their shipments; once they are approved by multiple contracting and approval agencies.  It should be noted that Tight deadlines and Long Requirements cause issues, and a lot of carriers do not handle their requirements.  They end up being on the “Do Not Use or Utilize” list; costing them millions in revenues guaranteed by the government needing additional outside help.  Drivers used, also must pass similar approvals, prior to moving the freight here in the USA.