Maintaining equipment and how to do it without the question of what is going on, is really as simple as going back to the basics.  Yes, you remember, the first walk around you ever done completely and by the book?!!!  You remember—-Oh the only one you ever did up to this point…….Damn, at least, be honest —-You know you do not do them everyday—-unless you are still new………

That is not even right!!  I ain’t saying shit, but damn at least make the damn effort.  Signing that form in the mornings for the day–simple stroke of the pen does not count…You got to get on the ground and underneath the damn truck……….Remember I told you that………….it will creep up on you and bite that ass….Promise you that. 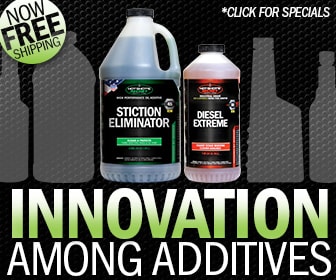 You know as well as I do that is put on there for a reason.  To keep y’all safe and acknowledging the fact that a daily vehicle inspection is proper-You also realize it is mandatory daily, either before operation or at shutdown.  They give you that option.

That means—Everyday you should be doing one of the walkaround pre/post inspections.  REQUIRED of all drivers—

This is the rules that govern the Inspections:

I cannot stress this enough, do not get out during a DOT Inspection and act like you do not know what the hell is going on with the truck…..If the some bitch–is losing 2 gallons of oil a day—I promise you it is noticeable.  Plus, with you doing a good walk around daily will prevent major calamities from occuring by getting them before the major even occurs—–PREVENTIVE MAINTENANCE —-works wonders.

Besides the hassle and loss of time for the inspection—-could have been prevented by simply doing your required tasks.  This goes for any commercial vehicle–If you are not making enough to maintain the equipment then you need to get in another line of work.  There have been weeks where  my equipment was taken care of–however, I did without—because I had to keep my guys rolling.  Just the nature of the beast.

Yep I am pulling these out………..ya’ll should at least take a moment- and Scan this form and I bet—those of you that do not regularly inspect the tractors you are driving—can find and acknowledge at least one known violation–if not 3 right now on your truck………..

That is why they require these daily–and y’all that just check them off and sign–better understand that is falsification of a government document—-just saying—–The safety minimums really are the minimums for a reason.  The guys that run Heavy Haul- OS/OD —They constantly move from scale house to scale house.  IF something goes wrong in between–the next one is sure to catch it……….That is why you see them always the some of the best maintained equipment-  they know if it goes wrong while they are in service—it can be bad.—

They do not want their freight down due to fucked up equipment- Each load can cost as High as $18-24 per mile—-and if the lead stops so does everyone.  not to mention detention fees, cranes, time and travel just to fix something loaded like that…………….I have seen some high dollar freight moves on shit like D9 and larger.  It does not get any better.  Multiple trucks-Crane- axles and spreads—-fallouts—3/4 waiting on 3 more………It can be crazy………..

When they got me on a 30 min break-violation—he looked at me and said “Why didn’t you log it?”—-My response–“Falsify a government document—”  “You must want me to lie to you about it then.”—The old timer understood—No, he did not want me lying on the log book—-He caught it.  His right to enforce the rules.  My mistake—-next time maybe just record it so I do not get in trouble…………Strange how people think.

If yall dont see mistakes on logs then maybe you should be asking yourself—am I missing a piece of the puzzle……….Maybe—-Might want to ask when the changes are being made………Mistakes do happen…………

I would always get nervous with chicken coops, when I was still new—for at least the first 8 years I would say—-I would have rather went around a few of them, than see them motherfuckers open—we all had the ones we hated……and the ones that we waited on the crew that was on the road………Relentless motherfuckers—Enforcement of those rules for the public rest with them…….

For the new guys out there.  ELD may help you bit more than the old paper logs……of course —-old ways—were the old ways for a reason—-The new customer demand–wants surety in load securement- as well as the insurance……….With the requirements to broad cast to the Chicken House desired—–this gives full detail to the Coop and lets the required control—-flag you.   Get hit with a violation—-bet you see a constant increase until you are put out- or the carrier fixes the equipment—–That was a huge gripe of mine–I took care of my equipment no matter what—I always watched the equipment that should have been on the roadside—however got away with running……How in the hell???  I do not know!!

With these new ways-  You are going to see larger fleets- opening on scale, due to the necessary needs.   Because Insurance companies will begin seeing exact statistics in the field—Live——They know immediately—-Want cheaper rates—–Get enough self insured to start backing the smaller fleets—-25 of the exact truck—selling their insurance policies————Their own fault—Watch as the Manufacturers start betting——

You know the ones!!

Let’s understand that these inspections are required and if properly done would save half of the tickets they issue, if they would have just looked said whether that one piece was wrong or ready……….then fixing it—immediately……..if necessary……………bet you could have saved a few hours for the inspection then the cost of mobile repair when they could have done it at the truckstop——–Bet you get charged more at the Scale House—Probably one of the Officers—Cousins or some shit!!