Anyone that has been around the Trucking business, for any short and dismal amount of time have heard some dumb fucking comment about “That Damn Steering Wheel Holder”, “Get that Steering Wheel Holder off the fucking Road”, “Here come’s Swift”, “Watch out for the constrution marker in the Slow……Never mind is Schneider!” , or seen as that ever evasive meme sign with a truck parked in some fucked up or damaged dilemma that Says “Must have been a Steering Wheel Holder!” With drivers walking by in the truck stop, pointing and chuckling at it as they slurp on the fountain drink in the Mega Size with matching straw color correlation.

Let me take a few moments to explain:

This is a steering wheel holder, which is a tool used to hold wheel when doing an alignment on a truck, it basically prevents the wheel from moving so that when the bolts get locked down, it will sit aligned as it was when it rolled down the production line at the manufacturer’s facility where it was built.

Common Look from Officers, Truckers, and bystanders that just seen that Steering Wheel Holder, zoom through that point of no return, and shit so hard, his fecal matter landed, and splatted on their front windshield, causing a look of amazement that the truck is in one piece, or looking as if the wonderment of the shit that has splattered across the front of the windshield, contains some moving mass which could possibly slide into the front edge of all the side windows……….yet cannot move to prevent.

Of Course this scene would not be complete without the Super Trucker, letting the Dumbass Steering Wheel Holder know that he is absolutely a dumbass, and that the thing he just completed made him such…….

Dumb Ass is the common calling sign of noticing the near placement of one Steering wheel holder.

Very Good, That is correct; it is a Swift Steering Wheel Holder!

Common Reaction to a Swift Steering Wheel Holder backing up.  Excessive reaction was from the Super Trucker Status they held, or potentially time trial qualified to temporarily hold the status Super Trucker.

Now; Lets Look at a few Operators of Distinction, Which are called Truckers, Super Truckers, or called by their CB Handle typically no less than the 15 mile radius from their truck that may or may not be in the standard operation of of moving freight, but may be in the local truckstop, talking over those newly qualified cb jammin, gear grinding, ain’t quite qualified for the Petermobilin’ Chicken Truck with over the standard 10 speed transmission, however, they do not do things like:

However, it should be noted to the newest of our readers, that being in the Steering Wheel Holder cadre; is neither acceptable here on this website, nor is it openly accepted anywhere else in the world, except at one place the above examples would still be welcomed; Their Mom’s Home, NOT My Mothers; however, Their mothers would not turn them away; hence why they are allowed to maintain their Holder positions, since their common place is within large areas, without obstructions (hence the open field, and boulder obstruction found in the area of public tanglement, Vitamin Shoppe Parking that WE all know is not a parking lot that can contain the utter excitement found when this Swift Steering Wheel Holder seen and careened into the parking around.  Hopefully the boulder was unharmed, and allowed time to become presentable to describe that horrible and derogatory event of that evening.

Classic Examples Of the Lone Creature they call the 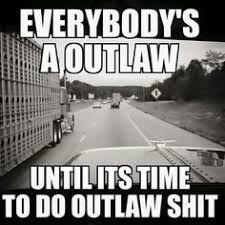 Now the following, is another common sign of a Super Trucker;

The Child of the Super Trucker

Commonly starting the operational training at the sprite and vibrant age as seen.

Final Examples to ensure you know a Super Trucker, without mistake, when you see or hear them!!

Now Last but not Least

Proof Eyes Open to the effects of Positives of Trucking!