The Act presented an overall intermodal approach to highway and transit funding with collaborative planning requirements, giving significant additional powers to metropolitan planning organizations. Signed into law on December 18, 1991 by President George H. W. Bush, it expired in 1997. It was preceded by the Surface Transportation and Uniform Relocation Assistance Act of 1987 and followed by the Transportation Equity Act for the 21st Century (TEA-21) in 1998, the Safe, Accountable, Flexible, Efficient Transportation Equity Act: A Legacy for Users (SAFETEA-LU) in 2005, and the Moving Ahead for Progress in the 21st Century Act (MAP-21) in 2012. ISTEA also provided funds for the conversion of dormant railroad corridors into rail trails; the first trail to be so funded was the Cedar Lake Regional Rail Trail, built in 1995 in Minneapolis, Minnesota.

Guess What else it placed——

The Intermodal Surface Transportation Efficiency Act of 1991 also mandated that passenger automobiles and light trucks built after September 1, 1998 to have airbags installed as standard equipment for the driver and the right front passenger. 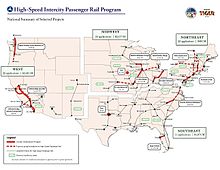 The high-speed corridors designated under ISTEA closely correspond with grants given under the American Recovery and Reinvestment Act—seventeen years later.

The legislation also called for the designation of up to five high-speed rail corridors. The options were studied for several months, and announced in October 1992. The first four were announced by United States Secretary of TransportationAndrew Card, while the last was announced by Federal Railroad Administration head Gil Carmichael.[1]

But There is so much fluff——-Bullshit, added—voted in that has NO reason to even be in this bill, that I am just going to go out and Say—–

“FLUFFER”  ——Calling the Fluffer, we got a man down on set——–FLUFFER!!

Want to read the Actual Law with full course and Notation